SCOHSG achieved an Alan Butler Gold Award in recognition of their work in 2016 to promote best practice workplace occupational health and safety in Cumbria and Lancashire, and gained Silver Awards for 2014 and 2015. This led to two representatives from our SCOHSG committee being invited, by Lord McKenzie of Luton, President of RoSPA, to attend RoSPA’s 100th Anniversary Garden Party, hosted by HRH Duke of York, at Buckingham Palace on 25th May 2017.

The committee agreed that James Woolgrove (Chairman) and Val Kennedy (Programme Secretary and Web Champion) should be our representatives at this event because they had prepared our group’s submissions for the Alan Butler awards and Val has been an active committee member for 24 years.

James and Val felt privileged to represent the group and had a memorable afternoon at Buckingham Palace. The gates opened at 3 pm and, after rigorous identity checks, they walked into Buckingham Palace garden alongside 3,000 other guests. 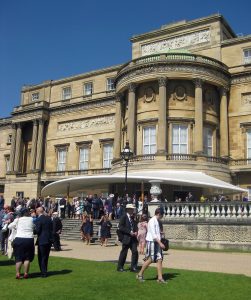 The day was hot and sunny, the gardens were magnificent and they enjoyed a splendid tea. They discovered that RoSPA’s garden party was relatively small; two days earlier the Queen had hosted 8,000 guests.

While there they were encouraged to wander round the beautiful 34 acre garden. They particularly enjoyed looking at its tranquil lake, waterfall and fine rose garden. 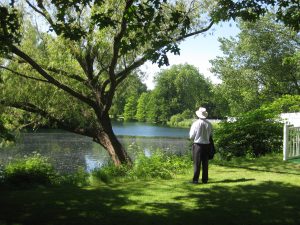 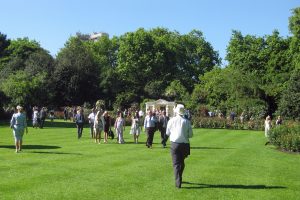 Background music was played by two army bands. Each was housed in an open tent on opposite corners of the large lawn. The band leaders communicated with one another by flags. When they were playing their flag was flown above their tent. When their session ended their flag was lowered and the band in the opposite tent started to play. 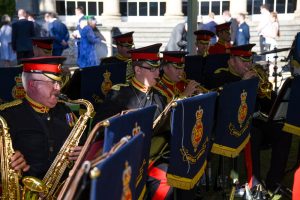 HRH Duke of York and Princess Eugenie were guarded by beefeaters. 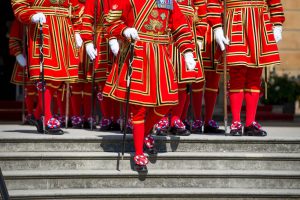 About 200 of the guests were invited to a sit-down tea in the Royal Tea Tent with HRH Duke of York and Princess Eugenie. 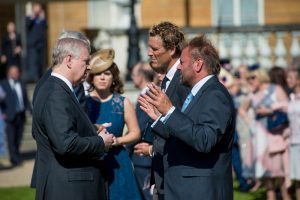 SCOHSG’s representatives were not members of this elite group but they enjoyed a very special buffet tea. 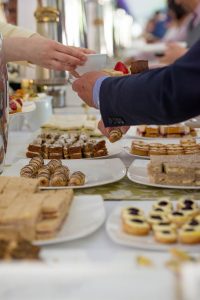 It was a memorable day.

You will find a warm welcome, in a delightful hotel near junction 36 on the M6 Morecambe Bay, and the opportunity to up-date your workplace health and safety knowledge and skills from presentations by HSE specialists and industry ‘experts’.

Details of future monthly meetings are listed on the events pages.

Crooklands is near the centre of our geographical area which stretches south to Lancaster, north to Ambleside, to the west coast of Cumbria and east to the Yorkshire border. Companies who are based further afield are also welcomed as members.